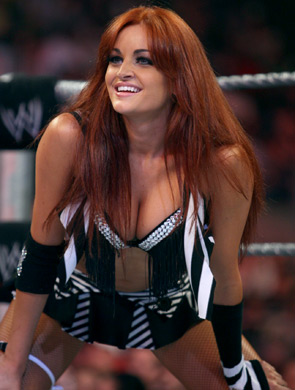 Strapped into the seat by a five-point harness, the redhead grabbed the handbrake, throwing the Challenger into a wide drift around a corner. The car was powerful, and Jessica hadn’t modded it very much, but it still packed quite a punch for hauling ass through the city. Johnathan had called her to tell her he was in town, if she wanted to get on camera. He was just as strange now as he had been many years ago.

He’d given her GPS coordinates instead of an address. The challenger picked up some traction and began going in a straight line again as Jessica checked her navigation. She was still about a mile out from the location Mills said to meet him. On the radio, Animato by Utada began playing, making her think of Urakih. Her Japanese Dragon hadn’t been around the ring much since giving birth. And, now that she thought about it, she hadn’t seen Candice in a while.

Candice. When Jessica and Johnathan had lost the WECW Tag Team Championship, Jessica had summoned Candice to be her partner, and they would go on to challenge for the belts. That was ages ago now, though. Jessica cruised through a yellow light, pushing about 50MPH. Cleveland Heights wasn’t that busy this time of night. Still, a cruise sped up behind her, and turned on their lights. Jessica ignored them, and kept cruising.

After about a minute, the cop pulled out from behind her and came alongside. Jessica rolled down her window and looked at the cop. Making eye contact, he braked, turned off his lights, and pulled down a side street. Jessica chuckled. Rumor on the street was that her juice had dried up. Greatly exaggerated, those rumors. A few minutes later, she had arrived. It was a Rally’s.

Jessica: What the fuck, Mills.

As she got out of the car, Mills had a man by the collar, and he reached back to smack him.

Johnathan: WHERE IS HE!

Jessica rolled her eyes before pulling Mills away from the frightened man, who stumbled while running up the street.

Jessica: Hey, relax. Did you bring me out here to watch you do Batman impressions, or are we going to cut another promo?

Johnathan: Batman? What the…are you high?

Johnathan: Let’s get out of here…

Twenty minutes later, Jessica had driven the pair away, parked, extracted and set up her video equipment. After a final check, they were live. Jessica put the SCW International Championship over her left shoulder as they walked into frame.

Jessica: Do not adjust your television sets, ladies and gentlemen. You’re not looking into some weird time warp. You are indeed seeing Jessica Tendonin and Johnathan Mills teaming up again. We joined forces many years ago, and were relatively successful. But now, we are doing it one more time, for old times sake.

Now, since we’ve cleared up the confusion, I want to address those two who had a lot to say about me and Mills the other day. Hellfire. First of all, I am amused that you guys think you should be the only ones allowed to take advantage of the Freebird rule. Or did you two think we forgot that alzy wasn’t your original tag team partner, Emily Desmond?

I know what your frustration is, though. It’s that you’re both so bitter about your shortcomings. Emily, you’re bitter about failing repeatedly to capture the tag team titles. Alzy, you’re bitter about that AND the fact that you failed to beat Emily AND Paige Lewis. You know what I think, Alzy? I think you’re holding Emily back. I’ve heard rumors that you intentionally lost the match for the Alternative Championship.

I think you’ve got too much integrity to have done that. But, I KNOW Paige Lewis beating you was above board. That little brat, every time she gets in the ring, she proves she is a force to be reckoned with. Hell, she just knocked off Fury.

Jessica: Even I have only accomplished that feat once. Don’t get me wrong, I don’t have any love for her, but what I do have is respect. Her body count might not be that high, but look at who some of her victims are? Hell, even I am among them. As I said, I know your loss to Paige was legit, Alzy. It eats at you, doesn’t it? I know it does, because I’m still bitter about losing the title to her.

And Emily, you too had better be careful, because you’re on Paige’s radar, as well. You’ve seen what she has done. I feel a tad bit of pride saying this, but only I have ever defeated Paige Lewis. And look around, there’s no Duke trying to sell the recipe behind my back.

Johnathan: Did you just make a Bush’s Baked Beans reference?

Jessica: I did. Now, Hellfire, I’m going to be honest. Mills and I, while we know we can work together, we know this will be a one off thing. But don’t misunderstand. Even if it’s only for one night, we are going to bring the heat.

Johnathan: Cute of them to try to bring in some dissention. My goal is here in SCW, has led me to a shot at the SCW Alternative Championship. Should my goal also bring me before Jessica and her International Championship, I’ll do what it takes to achieve my goal.

Mills put and arms around Jessica’s shoulders, and the pair smiled.

Jessica: And should that day come, partner, hold nothing back. As for myself and the Alternative Championship. In the old SCW, I raised that Championship up, and made this iteration of it mean something. At times, it was almost on par with the SCW Championship. However, it is time for someone else to carry that torch. Besides…I can’t challenge for that belt, as I’m the Alternative Division Commissioner. Should my partner win the championship, though, I will be right there by his side, congratulating him.

Johnathan: She’s right about something, though, Jessica. I’m not the same person I was all those years ago. And I know you aren’t the same woman.

Jessica: It’s called growth. I don’t expect the twenty year old to know much about growth, though. I guess what I’m trying to say is…Hellfire…you just can’t seem to get it done when it matters. And right now…it matters. We’re going into TLC. 460 days as of today, Emily. I’m impressed, but not surprised. You’ve been a great champion. You’ve turned back all comers. I wonder, have you decided on a match stipulation against Mills yet? I assure you, he is more than capable of taking you to task in any match you can come up with.

Mills began rubbing his hands together.

Johnathan: I almost wish she had saved that submission only match. That would have been fun.

Jessica: And as for Larissa, I didn’t miss what you had to say about me. You talk a big game for someone who has yet to do anything that matters here in SCW. You’re counting out Jacina…fair enough, her head hasn’t been in the game lately. But you’re also dismissing Fury. And as someone who has faced her before, that is a huge mistake to be making. Tunnel vision is dangerous. You’re so focused on the idea of facing me, and somehow beating me, that you are overllooking a certified future legend of this industry.

Johnathan: Overdrive 49 is going to be something crazy. 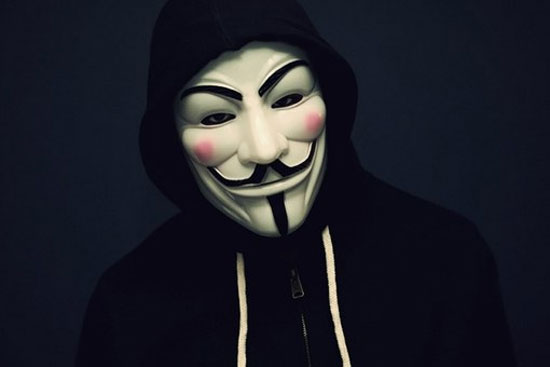