Larissa had quite the time in the company. After two losses, she had become champion and actually defended it, breaking the former top star’s arm. But now, she had a stooge to deal with and the fact of it was that she didn’t care who she faced, but someone would get an arm broken.

Larissa: First, you really must be dumber than you look. So I’ll explain it to you. My mom is Chinese, my dad is Korean. I was born in China but moved to Korea when my mom married. Much simpler than you think it is but I wouldn’t expect you to get it.

Larissa had been very cocky lately, but with reason to be. She had taken out the queen, according to Jessica herself. But now she had to deal with her stooge. The fact was that again, she didnt mind this as she just wanted to fight.

Larissa: Look here. I don’t care what condition Jessica is in. With her out of the picture, I am going to what I did to her to the rest of DEA. And in fact, if you think I’m alone, then you’re stupider than you look. I have not one but two people as backup. Right now, yes, theres more of you than me, but you will soon see that I did not come to SCW alone. And the fact is that you’re standing in my way, and I’m going to prove I’m the true queen when I put you on the shelf alongside your “master”. the fact is that she isnt your master. Slavery ended in the 1500’s. And the only thing DEA is master of is sucking each other off.

Larissa’s confidence grew by the second. She just knew she had this in hand. as her International title rested on her shoulders, a smirk grew across her face as well. Since building somewhat of a win streak, her confidence had grown into arrogance and the fact was that she now felt unstoppable.

Larissa: The fact I didn’t screw up by intentionally, yes I intentionally took out your leader. I simply sent a message to DEA. I’m coming for the rest of you. When me and my backup are done, DEA will be no more. When I am done, my group will have all the gold. I didn’t bring one or two. Not even three. You’ll see the exact number very soon.

Larissa’s confidence now had skyrocketed but had turned to fury. Her red hair had turned from ruby red to fire red, along the lines of Becky Lynch’s hair, or more orange than the Nickelodeon logo. Larissa had lost it and was now on the edge of showing it. But could she restrain herself until match time?

Larissa: I could care less if you or Paige are mad. Am I supposed to be scared of you? Because I’m not. The fact is that the word “scared” isn’t in my vocabulary. I don’t know what it means. But what I’m not scared to do is snap arms. And when I see you at Survival, you are going to get one angry Chinese-Korean dragon. And that’s the last thing you want. I promise you that much.

Larissa possesed incredible restraint. She could go from being mad back to being calm in no time. Because of her fiery temper, friends and family referred to her as “The Dragon”, as when she was mad, she could easily breathe verbal fire, and she was just about to let her opponent have it.

Larissa: And Jessica is a legend only in the minds of herself, her family and her stooges in DEA. To me, she is overrated. Just like anyone in DEA. All you are are her minions. Her stooges. Her butt kissers. Her yes people. And I hate that. It makes me sick to see all of you, even the GM herself, Neela, kiss up to her which is why it gives me great pleasure to take out DEA one by one. And that’s whats going to happen. DEA will be run out of this company. And my own army of fighters will be here in time. For now, watch your backs. Be afraid. Because they will be here. And we are coming for your lives. Be aware of that and if your value yours at all, run for them.

The promo was now complete and Larissa needed to be at her second job, which was restoring malls. And the fact was that she needed to finish restoring the one she was standing in, as Rolling Acres was being remodelled in its original location.

Restoring Rolling Acres mall was now complete and all that Larissa needed was tenants. She had contacted several tenants, and was slowly getting them. She now had a Gamestop moving in, along a Stonehenge Games, which was owned by her friend, Erin Stone, so that one was easy to get. But she still had not heard from Best Buy, Target or Chili’s, but the three had till weeks end to get back to her. At that point, her phone rings. She looks at it and notes that it reads “Best Buy Inc”. She picks up and speaks.

Larissa: Hello? Thanks for calling. So, what’s the final word on Best Buy coming to the all new Rolling Acres Mall? I hope you realize that this will be profitable for everyone. I know you were worried about crime, sir. But we have that in hand. So what is the decision?

She sported a red and black suit with her red cat’s eye glasses. She also had high heels on and her red hair back in a bun, funny enough, looking like a teacher instead of a businesswoman, but she didn’t mind that at all. As the CEO speaks, she listens in.

CEO, Best Buy: We have decided to give your mall a chance. We will be moving in at month’s end. We also discussed us being one of the anchors. Is that still set to happen?

Larissa managed a smile. She knew what she was doing, having a business degree and a very high iq. The fact was that security wasn’t an issue as she herself with her MMA background and wrestling background, could wrestle anyone to the ground and make them tap if needed. But she hoped that would not be needed, which was why she had hired security to guard the place.

Larissa: Yes, sir. We will also have one other anchor, on the other end of the mall. Since we are a two story mall now, if you wish, you may have a two story store. But no more. As we discussed, the mall will never be big enough for anyone to have a store of that size. It’s just in fairness to any store I’ve acquired. Nothing against any of my tenants.

She knew about the seedy reputation the mall had and wanted to fix that. And with help from the new tenants, she would. This mall was about to get the kick in the ass it needed and soon, hopefully, it would inspire other malls across the world to get back into the game, as malls were a dying art. Well, they were and would no longer be if she had anything to say.

CEO: Understood. We will begin setting up shop on Feburary 1st at 9 AM. We hope to see you then. Have a nice day, Ms. Kim and I will see you then. Goodbye.

The scene faded with Larissa walking into her office. Once there, she looks through her emails, as the scene finally fades off. 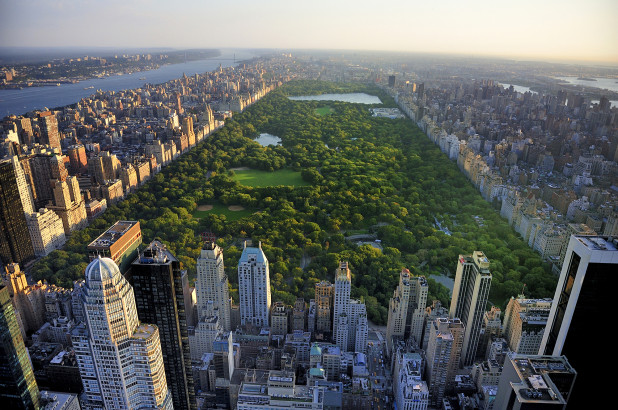